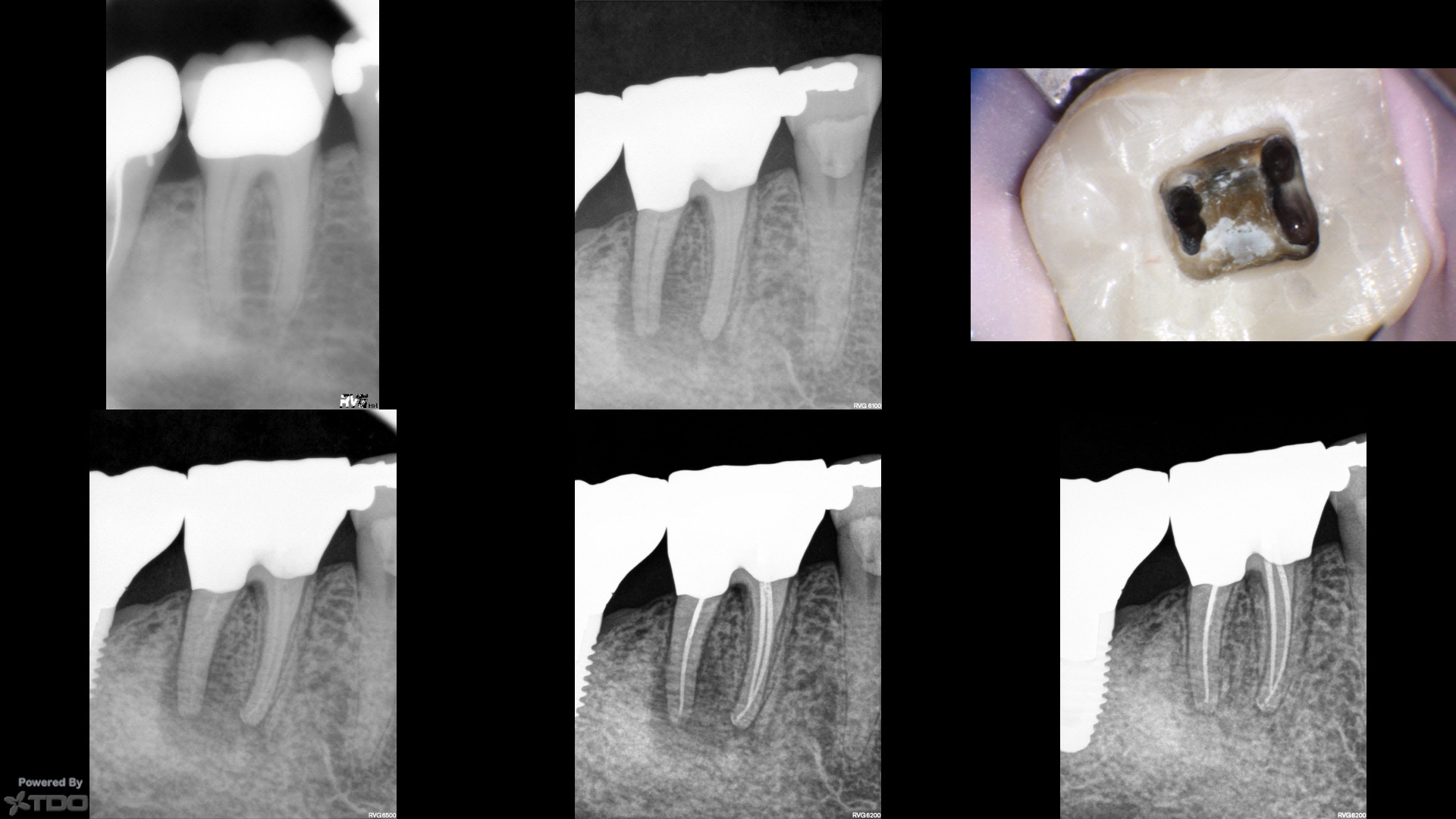 Nec/SAP.
I had a historical on this from 2005…subsequent to which a Zirc was placed.
I took a look at it and knew there wasn't going to be any point in a traditional access…i.e. even if I cut a traditional access, it would be a search and try-not-to-destroy in the roots.  Found four PONs. CBCT in CH to check (not shown).
So instead, I cut a wide swath through the Zirc (stepped access) and accessed each root individually…aka "dual" or "truss" access.
Pure SSW 17/V.04 shapes in all four PONs.
Amalgam crown repair.
About a 7 month followup from today.  Recommend0 recommendationsPublished in Sent From TDO

Please Login to comment
2
0
0
2
Subscribe
newest oldest most voted
Gary Carr
#232
You can flag a comment by clicking its flag icon. Website admin will know that you reported it. Admins may or may not choose to remove the comment or block the author. And please don't worry, your report will be anonymous.

But….but….
You can’t have possibly addressed all the natural anatomy present in this case with those Nija shapes….

It’s doomed to failure down the road…

On TDO, we use a lavendar font to denote kidding around and sarcasm.

[Lavender font on] It’s doomed to fail alright, but not because of the small shapes!