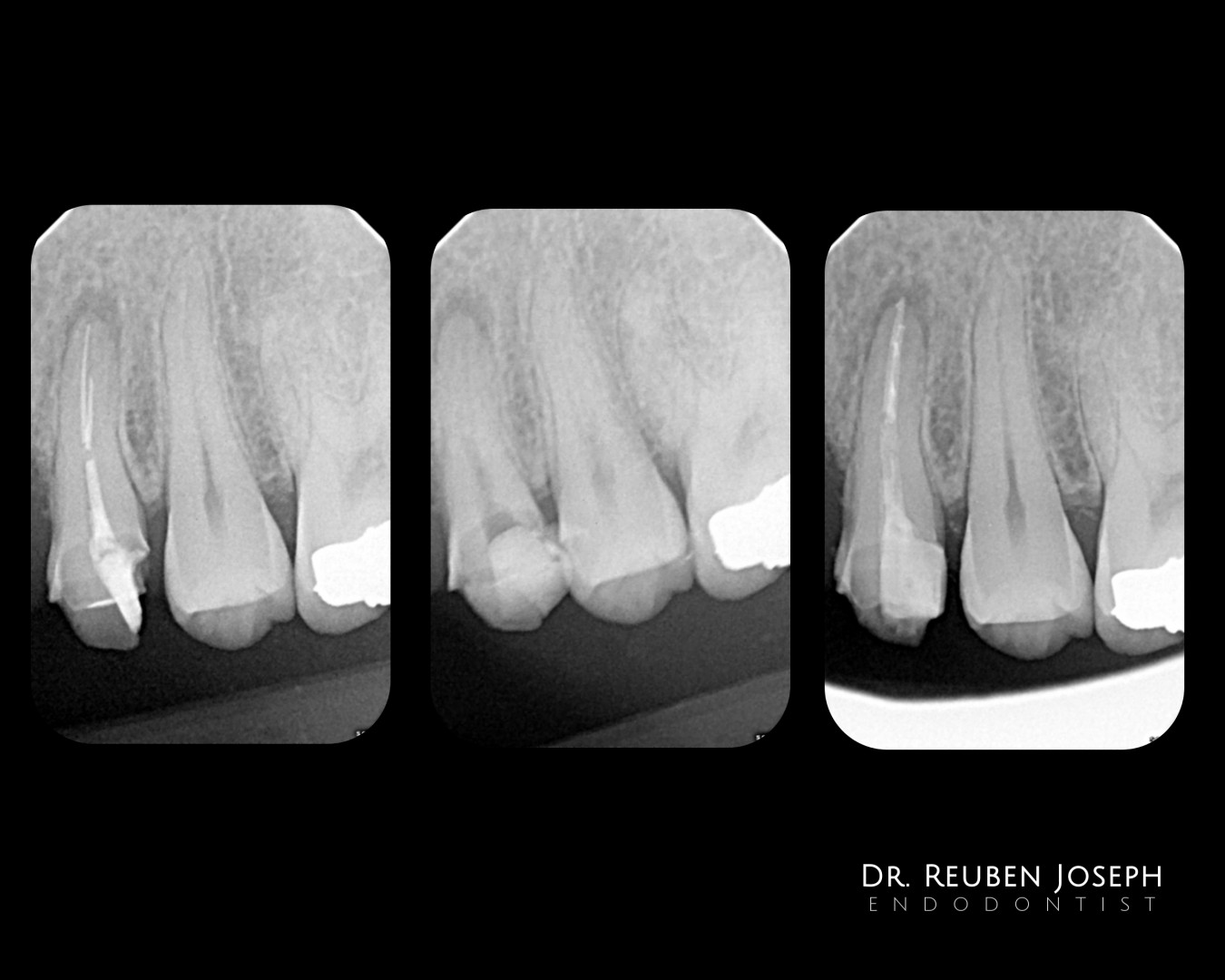 The smaller segment removed with a loop and ultra-sonics for the other longer segment which was well engaged. Obturated with WVC and a post in each canal for some root dentin re-inforcement.

-The idea of re-treating a symptomatic tooth is to offer it a new lease of life. If it has to happen at the cost of a structural compromise which would eventually lead to failure, I’d rather have the tooth removed and consider other replacement options. Retrograde approach is also an option to be considered in these cases.